Thomas Cook Airlines fly from London Heathrow and from a number of regional airports including Manchester, Birmingham and Glasgow.

The really good news is that starting from April 2017, Virgin Atlantic are increasing the number of direct flights they do from London Gatwick and Manchester.

They will operate 2 non-stop direct flights from Manchester on Mondays and Thursdays and in July and August there will be a third weekly service on Saturdays. These will be on the Airbus 340 with upper class capacity increasing from the current 14 seats a weeks to 66 seats a week (and 99 in July and August). The Manchester flights depart at 2pm so are excellent timings getting you to Barbados before nightfall.

For those wishing to fly from London Gatwick, the current number of flights will increase from 7 to 9 direct flights a week. There will also be many same day connections from other airports in the UK and Ireland as well as Paris, Milan and Amsterdam.

If you are British and flying to Barbados from the UK there are no entry requirements save for a valid passport with not more than three months left to run on it.

If you know your dates it couldn’t be easier to book a direct flight and we will find a lovely villa for you to stay in.

Worldwide Dream Villas would like to contact you from time to time with special offers that we think will be of interest to you. Subscribe to us for future mailings : 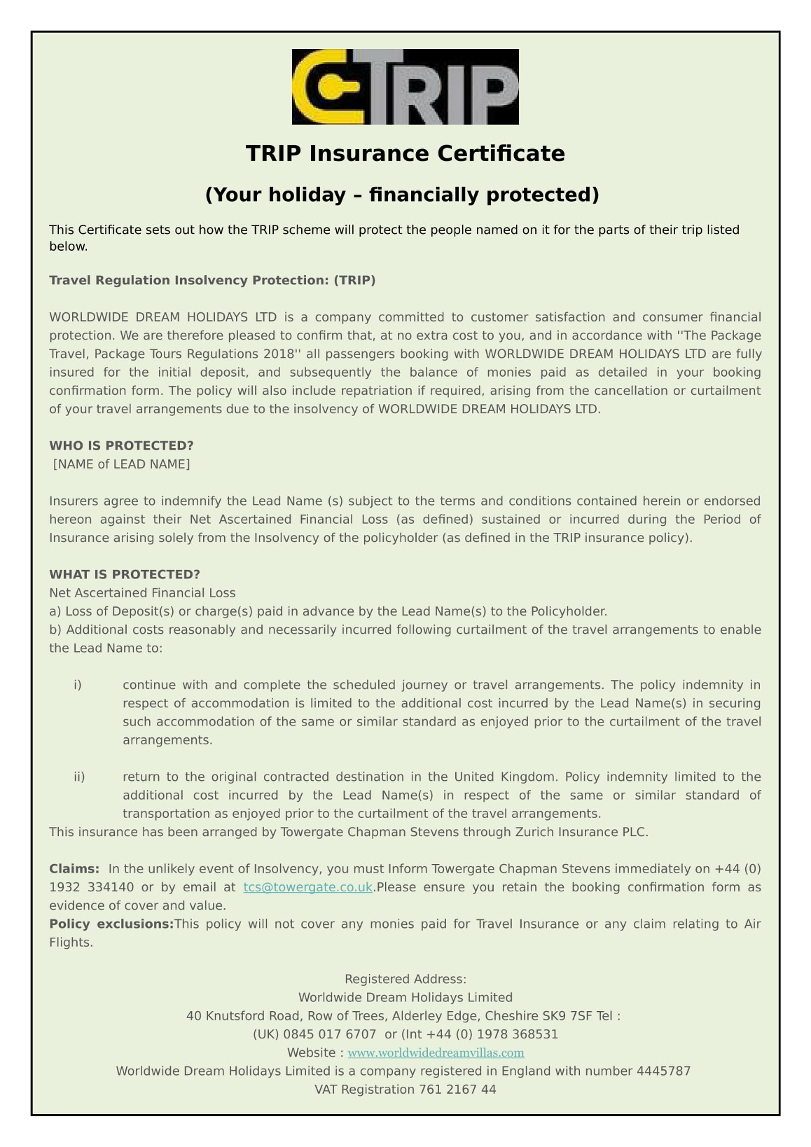 Worldwide Dream Holidays Ltd is a company committed to customer satisfaction and consumer financial protection. We are therefore pleased to confirm that, at no extra cost to you, and in accordance with ''The Package Travel, Package Tours Regulations 2018'' all passengers booking with Worldwide Dream Holidays Ltd are fully insured for the initial deposit, and subsequently the balance of monies paid as detailed in your booking confirmation form. The policy will also include repatriation if required, arising from the cancellation or curtailment of your travel arrangements due to the insolvency of Worldwide Dream Holidays Ltd. This insurance has been arranged by Towergate Chapman Stevens through Zurich Insurance PLC.

Book with Confidence. Financial security - We guarantee that all holiday payments (deposits/balance) will be passed on in full to the property owner/manager prior to your clients’ stay.

Worldwide Dream Holidays Ltd carries TRIP financial failure insurance (Travel Regulation and Insolvency Protection) so that your client is covered in the unlikely event that we become insolvent before their date of travel.

Unlike some rental companies we do not charge additional booking fees on top of the price we quote you for your holiday. We do not ask for 100% payment at the time of booking unless the booking is made within 10 weeks of arrival. A 30% confirmation deposit is usual apart from Peak times when it may be 50%. Any additional taxes, levies and service charges will be itemized in your quote. Some service charges may apply for on Island concierge services.